By Richard Gibson For The Mail On Sunday

A change of manager and a change of fortune for Nottingham Forest.

Chris Hughton was able to celebrate his first match in charge with a win after Joe Lolley’s speculative long ranger took a huge deflection off Bradley Johnson and crept inside a post as the clock ticked onto 90 minutes at a dank Ewood Park.

Seconds earlier, it appeared as though the 61-year-old was to be denied such a happy ending to his first return to the dugout since being sacked by Premier League Brighton 17 months ago when Sammy Ameobi’s toe-poke took a nick that re-directed the ball onto an upright. 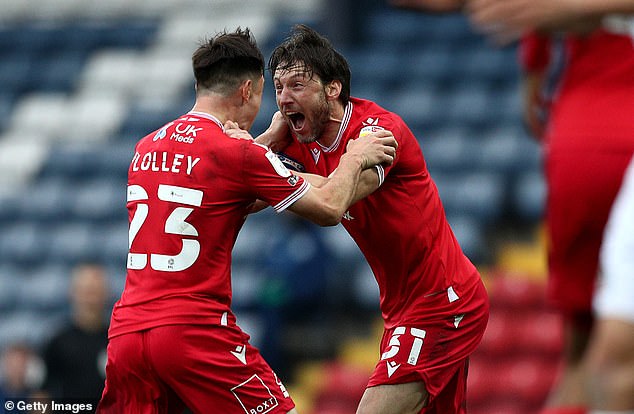 At the final whistle, though, there were handshakes all round from Hughton, the man tasked with turning around a team that had gone 11 competitive matches without victory under Sabri Lamouchi – a period in which they relinquished their place in the play-off places at the end of last season and plunged into the relegation zone at the start of this.

Equally pleasing to Forest fans would have been that the result not only lifted them out of the relegation zone but elevated them above rivals Derby.

It was a performance of great resolve. Blackburn began the weekend as the division’s leading goalscorers but were poorer for the absence of two creative sparks in the former Germany midfielder Lewis Holtby, who flew back to his homeland to spend time with his wife and newborn daughter, and Joe Rothwell, the former Manchester United trainee who was forced to self-isolate at home due to coronavirus protocols.

Without them, Tyrhys Dolan, a livewire teenage attacker who has lit up the Championship since release by Preston last summer, appeared the likeliest creator of chances. Dolan was everywhere in the opening exchanges, even appearing on the edge of his area to snuff out a Forest raid. 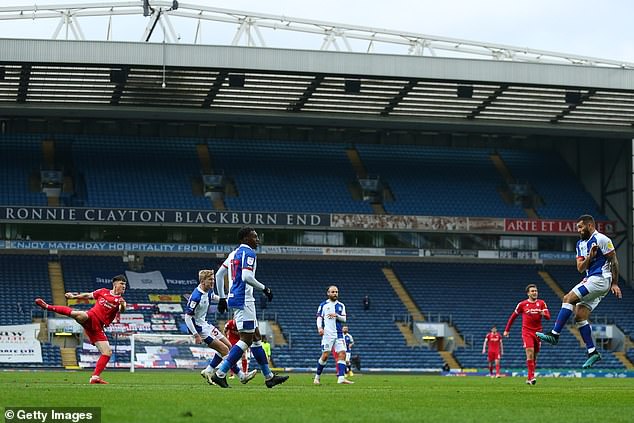 He eventually ran out of puff courtesy of a a visiting team whose industry and physical commitment to deny opponents would have pleased Hughton.

When Blackburn did open up space beyond the Forest defence just before the quarter hour, indecision between Amari’i Bell and Corry Evans, called in for his first appearance of the season, proved costly.

Meanwhile, Ben Brereton failed to punish his former club when his curled effort from 20 yards lacked the power or direction to trouble Brice Samba three minutes before the interval.

And as the game developed, it was goal-shy Forest who looked like doubling their tally for the season and altering the scoreline. 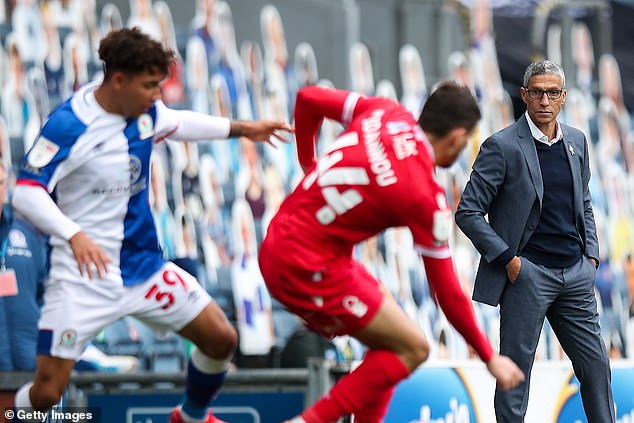 Thomas Kaminski, who sat on Belgium’s bench for the 2-1 defeat to England last week, was almost caught out by Cyrus Christie’s dinked cross that found its way to safety via the goalkeeper’s fingertips and the top of the crossbar.

Kaminski would have had no chance had Ryan Yates kept down his flying header from Lewis Grabban’s chip from the byline five minutes into the second period – a sign of things to come as confidence coursed through the visitors’ veins.

Tobias Figueiredo’s header was flopped on at the second attempt, Sammy Ameobi’s drive was beaten out at the near post and substitute Lyle Taylor’s viciously swerving effort had to be guided around an upright via some improvisation as Kaminski became Rovers’ most important player.

But he was left flat-footed twice by deflections in the final stages, the second of which provided Hughton with the perfect start.

thegirlsunhttps://thegirlsun.com
Previous articleBella Hadid looks chic as she battles the rain on her way to get a COVID-19 test in NYC
Next articleJacqui Smith shows off glamorous Strictly Come Dancing transformation

Chelsea will not only be facing FC Krasnodar in the Champions League on Wednesday evening but, it would seem, the whole of Russia.The...
Read more
Sport

Jamie Carragher jokes he has to AVOID Jurgen Klopp at Anfield

'Why do you think I'm stood in the Kop?': Jamie Carragher...
Read more
Sport

Adam Lallana reveals he was 'chucked out' of Liverpool's squad WhatsApp...
Read more

A mother-of-two has revealed her incredible twelve stone weight loss after ditching her habit of guzzling a bottle of wine per night and instead...
Read more

US Election 2020: Trump in 'remarkable comeback' as final vote comes down to two states

The US Election 2020 campaign has been characterised by bitter clashes between incumbent Donald Trump and Democrat hopeful Joe Biden both outside and...
Read more

Motorists think they can ‘get away with offences’ due to a lack of road police, says AA

Almost 70 percent of road users feel they can drive carelessly and not face enforcement while two-fifths believe they can drive without insurance...
Read more

Hailey Bieber was seen getting her daily workout in on Wednesday when she left a Hot Yoga session in Los Angeles.The 23-year-old Vogue...
Read more
Life & Style

Saturday’s horoscope is heavily influenced by a Trine between Venus and Saturn. Trine are commonly known as a favourable astrological aspect involving two cosmic...
Read more