By Kristy Johnson and Kylie Walters For Daily Mail Australia

She’s one of the most recognisable women to come out of The Bachelor franchise, thanks to her extensive tattoos and enviable curves.

And on Sunday, Paradise star Jessica Brody garnered attention with her most recent racy lingerie photo shared to Instagram.

The 31-year-old brunette bombshell stunned in a sheer red bra and matching briefs for a ‘thirst trap’ post while in lockdown at her Melbourne home. 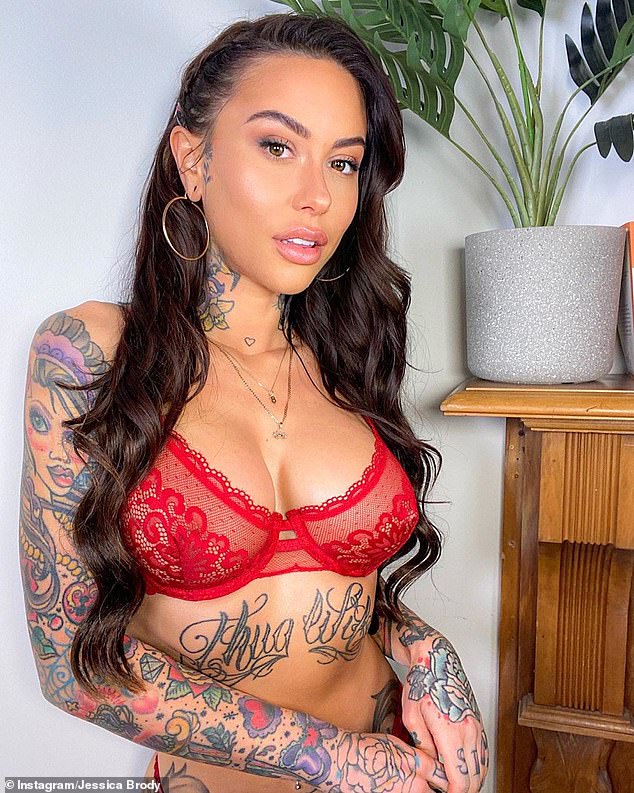 Red hot! Bachelor In Paradise’s Jessica Brody, 31, showed off her tattooed physique and enviable curves in racy red lingerie, for a ‘thirst trap’ photo (pictured) shared to Instagram on Sunday

Jessica’s cleavage, toned tummy and inkings were on full display, as she posed for a a close-up shot inside her abode.

Her dark tresses fell in loose waves in front of her shoulders, and she left her plump lips slightly agape.

Jessica finished off her eye-catching look with a fresh and dewy makeup palette.

The reality star joked in the post’s caption that the ‘thirst trap’ photo was essential, with the current lockdown laws in Melbourne. 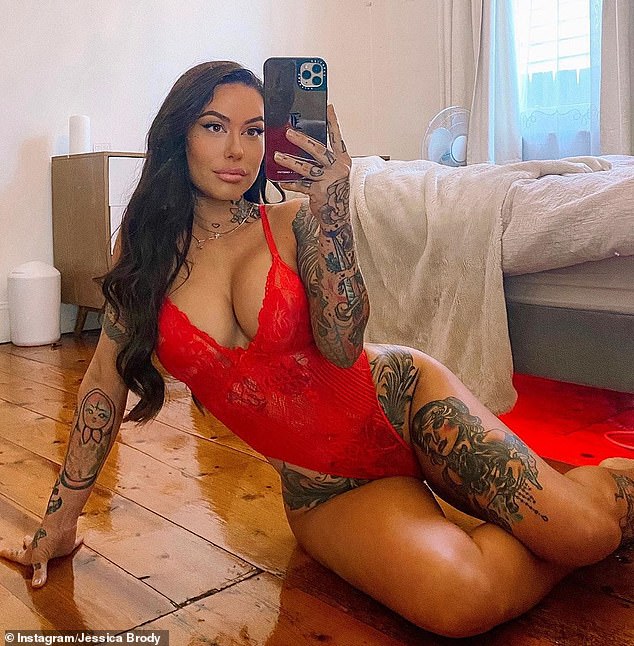 Having a laugh: The reality star joked in the post’s caption that the ‘thirst trap’ photo was essential, with the current lockdown laws in Melbourne. Pictured in a prior Instagram post

‘I used to post thirst traps hoping that maybe one or two specific dudes see it, now I’m posting one because I got new lingerie and somebody has to see it while I’m in lockdown. Swipe to see how I feel about it,’ she wrote.

It comes after Jessica spoke about the consent videos she and co-star Ciarran Stott had to film before they could touch each other on the show, on The Babble podcast on Thursday.

‘So you do it for the screen, you say “I Jessica Brody consent to having dada dada da!”’ she explained to host and former Bachelor star Matthew Johnson. 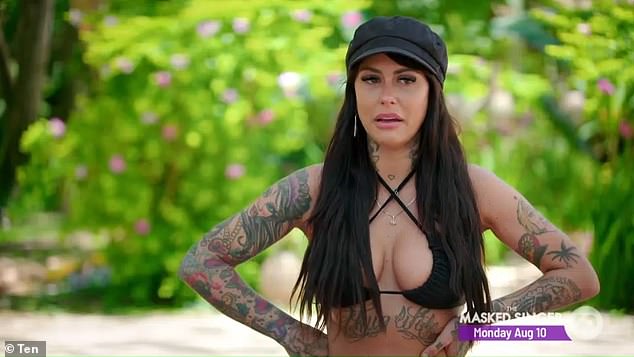 Mood killer! On Thursday, Jessica revealed all about the ‘buzzkill’ consent videos Bachelor In Paradise stars have to film before they can get hot and heavy on the show

Jessica went on to awkwardly reveal the consent videos had to be filmed for a wide range of things – not just for sex.

‘So the thing is, you have to do it regardless of whether or not you have sexual intimacy. If you spend time together off-camera, you have to do it,’ she explained, revealing she’d filmed one to wash Ciarran’s hair while co-star Glenn Smith was in the same room.

Jessica admitted that she and Ciarran, who were pretty loved up at the time, ended up filming one at the start of each day so they wouldn’t be interrupted. 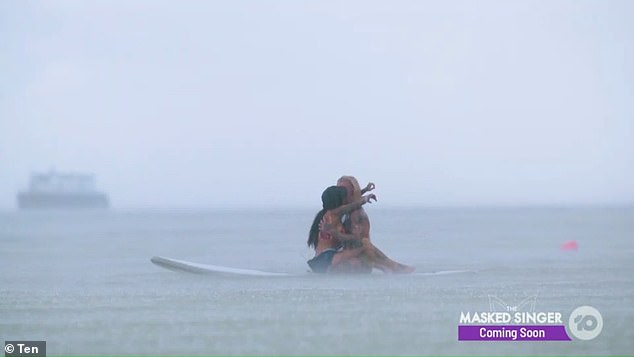 Preparation: Jessica said the consent videos had to be filmed for a whole range of things – not just for sex. Pictured with co-star Ciarran Stott

‘So Ciarran and I pretty much just gave consent every day, because it was easier than having to be like “Oh we’re going to go to this weird place” or like, we’re cuddling in bed and they have to stop you and go “wait”,’ she said.

She added: ‘So we were just kind of like “Yeah let’s give consent now you know, and it saves us having to do it like later…” You know, if things start to get a bit steamy.’

While Jessica admitted it was a bit of a mood killer, she agreed the contracts played an important role in making sure the stars stayed safe. 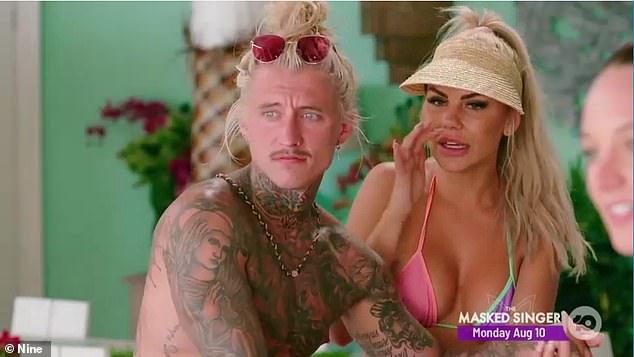 Love rat: Meanwhile, Jessica was brutally blindsided by Ciarran on Monday night’s episode after he hooked up with newcomer Kiki Morris (Ciarran and Kiki pictured)

Leggy Ferne McCann poses up a storm on a private jet