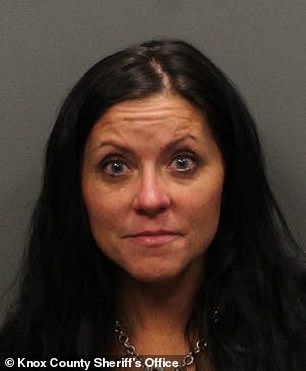 Jennifer Salley, 37, has been sentenced to four years probation after pleading guilty to criminally negligent homicide in the drowning deaths of twin toddlers

A babysitter has been sentenced to four years probation after pleading guilty to criminally negligent homicide in the drowning deaths of twin toddlers.

Jennifer Salley, 37, was minding Elijah and Elyssa Orejuela at her Knoxville, Tennessee home back in July 2018 when she left them unsupervised in her pool.

She later discovered the pair unconscious in the deep end of the pool and called 911.

Elyssa was pronounced dead at the scene, while her brother Elijah died two days later in hospital.

At the time of the incident, Salley operated a daycare center out of her home – but she had been ordered to cease large-scale operations due to multiple complaints leveled against her.

According to Knox News, Salley had allegedly accepted pain pills as payment for her child-minding duties on multiple occasions. Some parents had also complained that there was a strong smell of feces throughout her home.

Salley did also not have custody of her own children at the time of the twins’ tragic drowning. 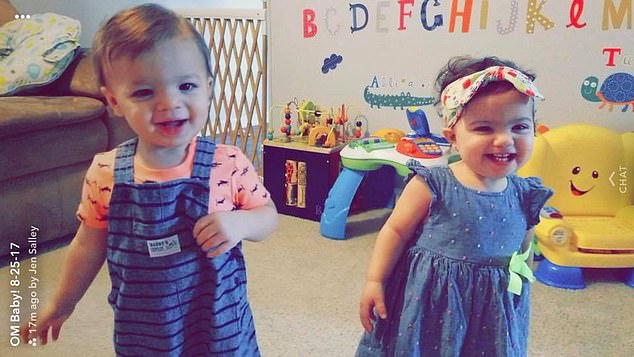 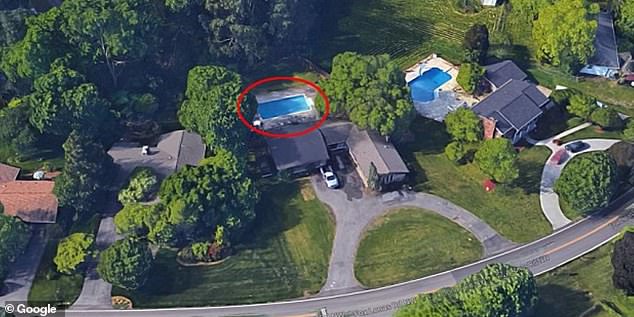 The swimming pool st Salley’s home is pictured. It is unclear what she was doing at the time she left the twins unsupervised in the pool

Elijah and Elyssa’s parents released a statement following Salley’s sentencing, which read in part: ‘There is no punishment for Jennifer Salley that could or would ever equal the suffering our family will endure the rest of our lives due to her criminal conduct’.

In a victim impact statement, the pair recalled arriving at Salley’s home to find emergency response crews desperately trying to save their children.

‘The trail of destruction Salley left is unfathomable. From the horrors of arriving on the scene and seeing (first responders) frantically perform CPR on our babies to our older sons walking into an ER room and watching their mother cradle their dead sister’s body…those images don’t disappear. The flashbacks and nightmares…do not go away.’ 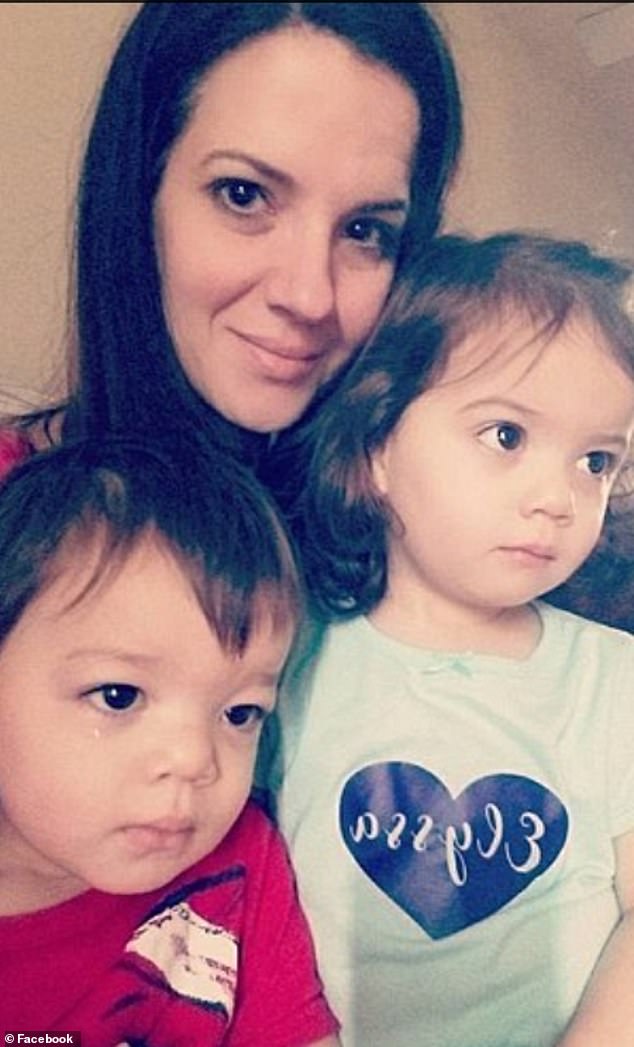 Elyssa and Elijah are pictured in a Facebook photo with their mother, Amelia, a short time before their deaths

‘Our love for Elyssa and Elijah will remain unbounded and unending,’ the parents wrote. ‘

‘The true joy we experienced as their parents is impossible to put into words. We cannot explain to the Court or to anyone the impact their loss will always have on our family.’

Salley has since left Tennessee and relocated to Texas. 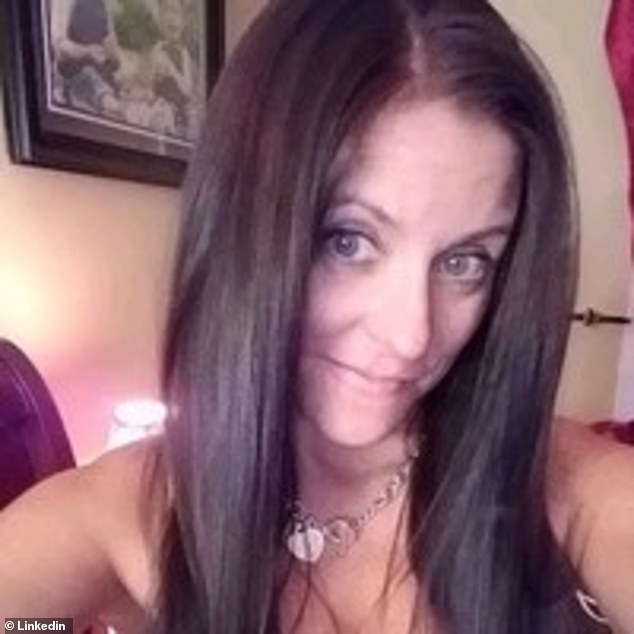 Salley (pictured) has since left Tennessee and relocated to Texas

'Covid toes' that turn purple from the disease can last for at least five months after survivors beat the infection, scientists have found. Inflammation...
Read more
U.S

Body and dash camera footage has been released from an incident in which a black man was shot and killed by a Waukegan...
Read more
U.S

Bed Bath & Beyond will cut back on coupons in an effort to boost profits, as a company official admitted there's an 'overreliance'...
Read more
U.S

'Covid toes' that turn purple from the disease can last for at least five months after survivors beat the infection, scientists have found. Inflammation...
Read more

The Crown: Embattled Princess Diana pleads 'to be loved' in series four trailer

Joe Biden has maintained a steady lead in the polls as the US election nears its conclusion next Tuesday. Various surveys have put...
Read more

Norland Nanny reveals how to solve the most common parenting problems

Being a parent is incredibly rewarding, but it's certainly not without its perils. From throwing a mega tantrum to refusing to go to bed,...
Read more

A rare British tank helmet from the First World War that servicemen refused to wear because its resemblance to the German equivalent led...
Read more
News

Ministers under pressure to U-turn over 'mask tax'

'Thanks for keeping me out of The Daily Mail!' Karl Stefanovic...
Read more