Kym Marsh has shared a touching tribute to her late son Archie as she marked Baby Loss Awareness Week.

The actress, 44, and her ex-husband Jamie Lomas were left heartbroken when their child passed away at just 21 weeks, following a premature birth in February 2009.

Sharing a picture of an angel candle holder on Thursday, Kym encouraged other grieving mums to not ‘suffer’ alone and to help ‘break the silence of baby loss’. 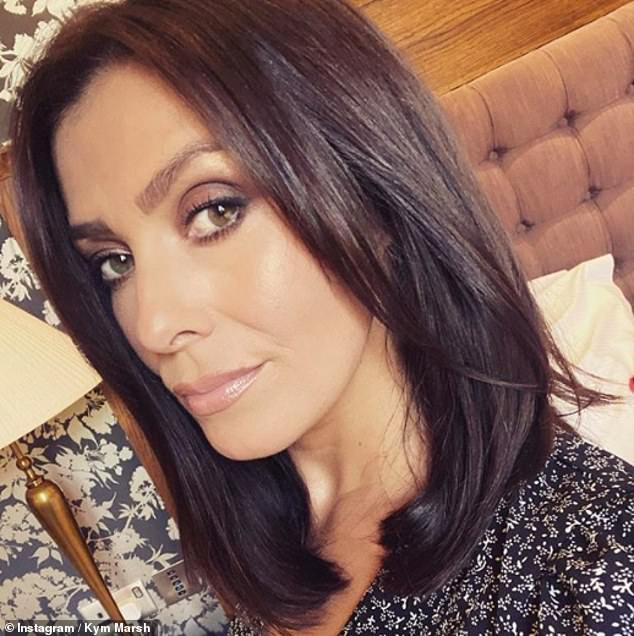 Heartfelt: Kym Marsh has shared a touching tribute to her late son Archie as she marked Baby Loss Awareness Week on Thursday

Taking to Instagram, Kym penned: ‘Remembering all of the babies who gained their wings far too soon.

‘Today is a day to remember our children, celebrate the time they were here, whether they were born or not, give thanks to those who helped us through the darkest times of our lives and help to raise awareness and break the silence of baby loss.

‘I am a mother without her child. I am not afraid to talk about him or to share my experience but that wasn’t always the case. Talking is the biggest step forward, it’s the one thing that helps you heal, helps to raise awareness, to lift the stigma and break the silence.’

The Coronation Street star went on to explain that she understands how difficult it can be to speak about losing a child. 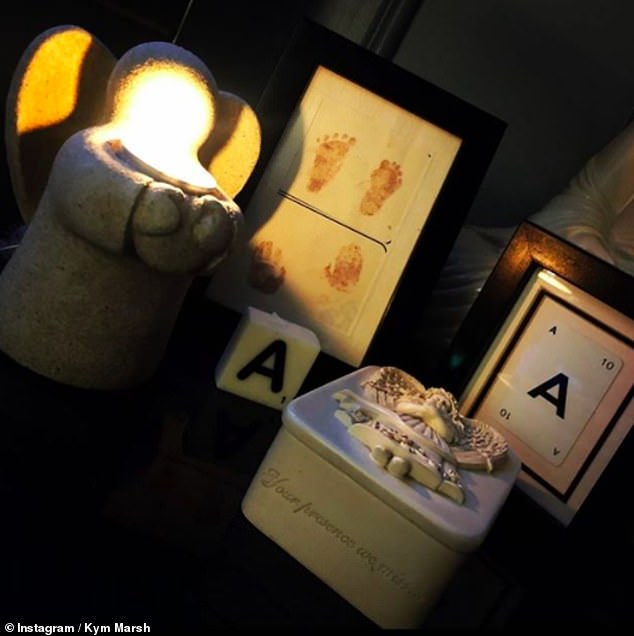 Raising awareness: Sharing a picture of an angel candle holder and Archie’s tiny footprints, Kym encouraged other grieving mums to not ‘suffer’ alone as there is support available

She wrote: ‘I know only too well how hard it is, so many feel they have nowhere to turn, no one to talk to, like no one understands. Believe me there is so much support out there for parents.

‘You just need to reach out, let someone listen, let someone help. Organisations like @sayinggoodbye_charity are just wonderful. They can and they do make all the difference to families suffering the loss of a child.

‘So please don’t suffer in silence. Reach out, talk, people are there for you. You are not alone. All that is left to say now is, fly high all you beautiful angels, I hope you’re all having fun wherever you are. Sleep tight.’ 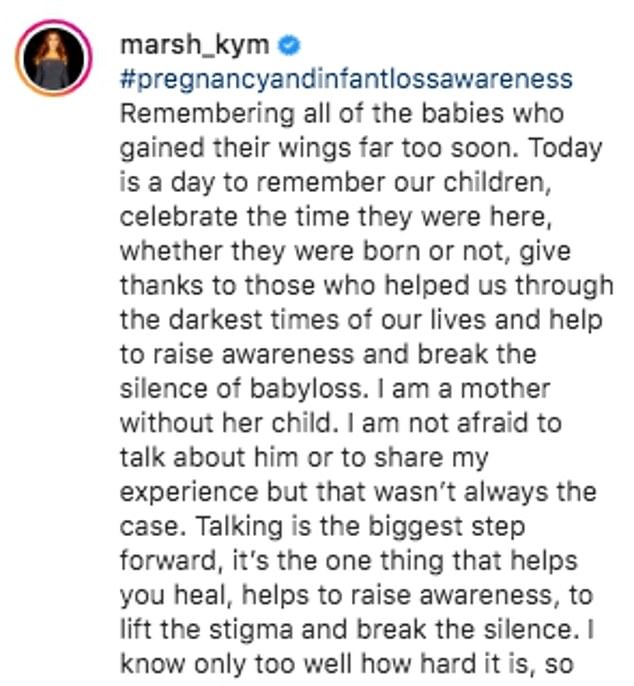 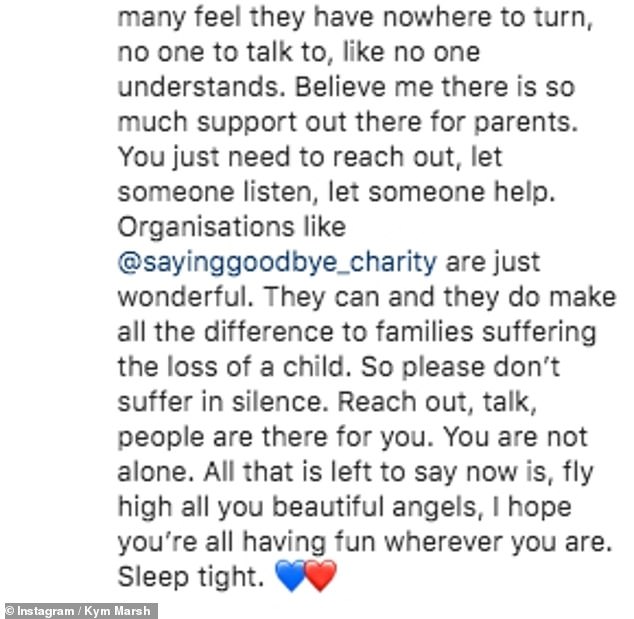 ‘I am a mother without her child’: Kym paid tribute to her own son and also remembered all the other ‘beautiful angels’

Kym was married to Jamie for six years and they share daughter Polly, nine. She also has two older children David, 25, and Emilie, 23.

The brunette previously revealed she was in ‘floods of tears’ when it was revealed her grandson Teddy Archie David Hoszowskyj was named after her late son.

Reflecting on life after Archie, Kym explained on Lorraine in 2018: ‘Archie is still part of the family. We celebrate his birthday every year, we send balloons up at Christmas and New Year’s for him.’ 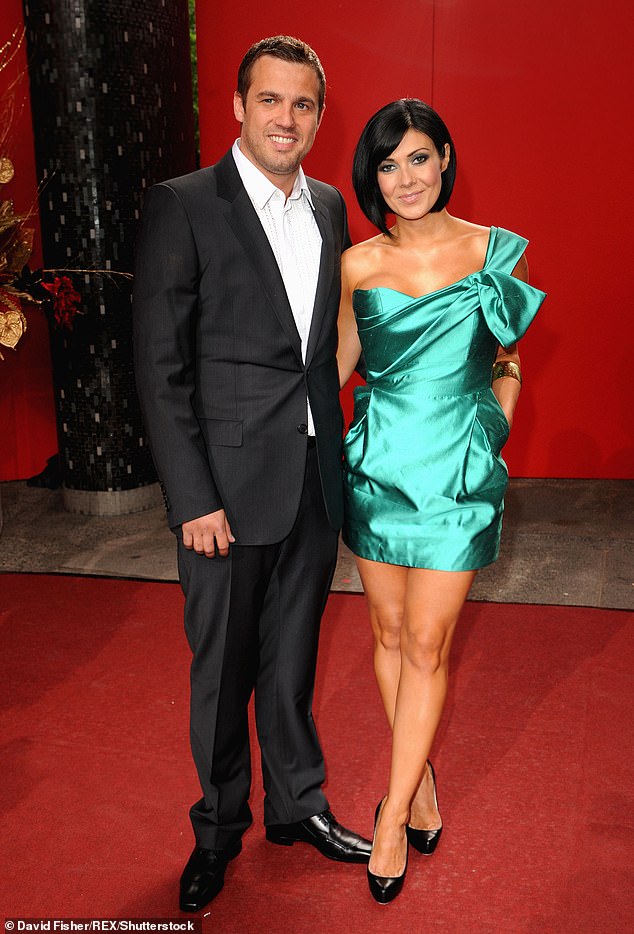 Reflection: Kym and her ex Jamie Lomas (pictured in May 2009) were left heartbroken when their child passed away at just 21 weeks, following a premature birth in 2009

The candid post comes as other stars, including Myleene Klass and Binky Felstead, have also opened up about their experiences with babyloss and miscarriage in recent weeks.

In addition, Amanda Holden also lit a candle for her own baby son, Theo, who was tragically stillborn at seven months in 2011.

The former actress was seven months pregnant with Theo when a routine scan revealed his heart had stopped. 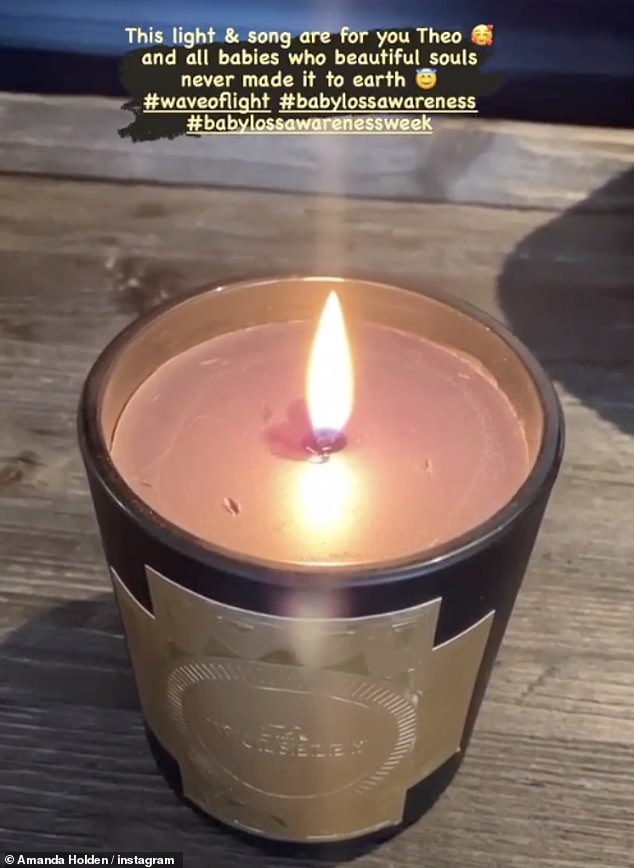 Heartbreaking: Amanda Holden also shared a snap of her lighting a candle for her son Theo. She was seven months pregnant when a routine scan revealed his heart had stopped

Cherished: Amanda expressed her love for Theo in the image’s caption

The Heart FM presenter and her husband Chris Hughes then made the devastating decision to have a caesarean following Theo’s passing.

While, Chrissy Teigen and her husband John Legend shared the news of their recent loss publicly, prompting praise from actress Kate Beckinsale, who spoke candidly about how she was forced to deal with her own experience privately.

Chrissy, 34, announced she had tragically lost her third child, Jack, around halfway into her pregnancy, days after she was admitted to the hospital with severe bleeding.

In response to this, Kate signed up as an ambassador for leading baby loss and grief support charity The Mariposa Trust, after publicly revealing her own experience. 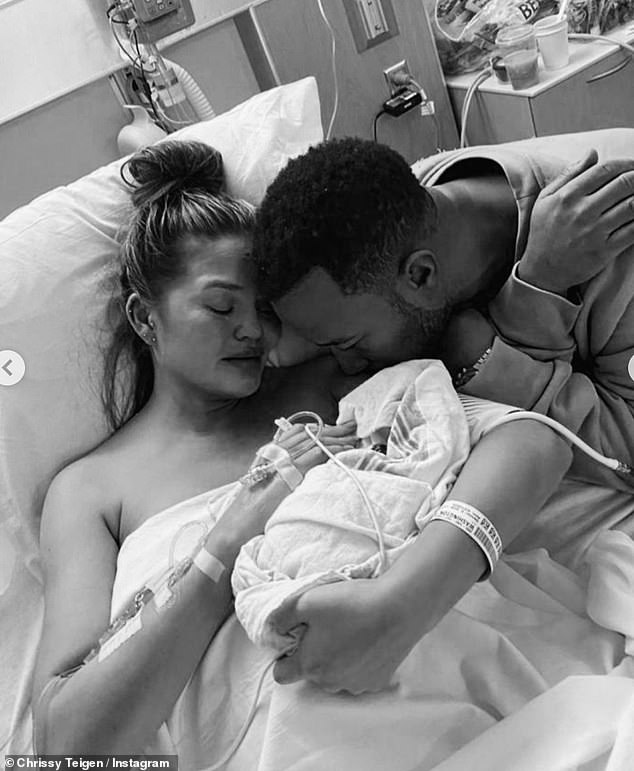 Sad: Chrissy Teigen and her husband John Legend recently mourned the loss of their baby son Jack and documented their sad loss on social media – their decision to do so has helped others feel that they can talk about their loss

Jools Oliver, Nigella Lawson, Baroness Floella Benjamin, and Sally Phillips have also all helping to raise the profile of the charity’s work in supporting anyone affected by baby loss.

He said how he was excited to become a father and that he and mental health campaigner Victoria, 39, had named their baby boy River in an emotional Instagram post last Tuesday.

The sportsman wrote: ‘At 24 weeks we lost River, our son. Was and is always going to be difficult, but we supported each other through it and found our love grew and got strong.’

The Sands National Helpline provides a safe, confidential place for anyone who has been affected by the death of a baby. Call the Sands Helpline on 0808 164 3332 [email protected] 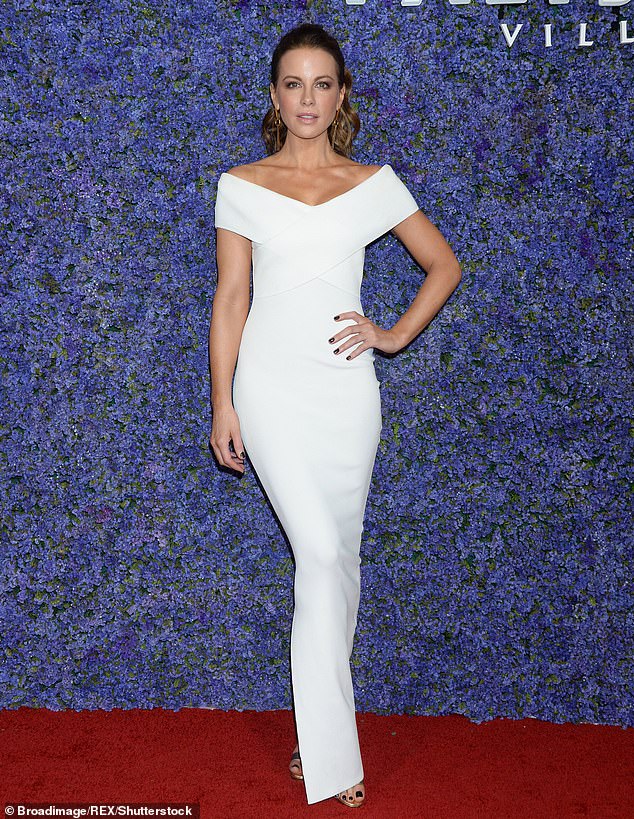 Ambassador: Kate Beckinsale has signed up as an ambassador for leading baby loss and grief support charity The Mariposa Trust, after publicly revealing her own experience

thegirlsunhttps://thegirlsun.com
Previous articleCoronavirus warning: Virus may become 'elusive to a vaccine' and 'continually recur'
Next articleVan Dijk injured by Pickford in Merseyside derby as fans call for red card

Three Jewish men 'showing solidarity' with Black Lives Matter were on Tuesday night chased by protesters in Philadelphia.Footage shows as the group, two of...
Read more

Guess who! Australian A-lister goes incognito in a large visor as...
Read more

Princess Diana: How the People’s Princess’ style evolved over the years – pictures

Speaking to Express.co.uk, Lead Stylist Supervisor at Stitch Fix UK, Rich Simmons shared how Diana’s looks evolved throughout the years she was in...
Read more

Charity donations soared by £800million in the first months of coronavirus...
Read more

'I don't care if this offends you': Love Island Australia's Erin...
Read more

How GAP came apart at the seams

You could say I grew up with Gap. In the early 1990s, when I came to London as a student, everyone was talking...
Read more
Sport

PSG 'make Christian Eriksen their No 1 target for the January...
Read more
News

Homeowner installs his own FAKE speed camera built from wood and...
Read more