Away co-founder Steph Korey has stepped down as CEO of the company for a second time, 10 months after coming back to the luxury travel brand.

The 31-year-old will remain on the suitcase start-up’s board of directors, according to a release Thursday. Former lululemon COO Stuart Haselden becomes sole Chief Executive Officer of the company.

Co-founder Jen Rubio, who is engaged to Slack CEO Stewart Butterfield, will remain in her role as president.

It is understood plans had been in place for Korey to hand over power to Haselden since Spring last year.

Korey, who gave birth to her first child this summer, had first stepped down in December last year after an investigation by the news site The Verge quoted a number of former employees as saying that she put in place a ‘cut-throat culture’ at the company. By January the company had announced she was back in her old job.

Announcing she had stepped down for a second time on Thursday, Korey said: ‘Stuart is a proven leader with deep operational experience, and I am confident that he and this highly talented leadership team can take our brand to the next level and ensure that Away reaches its full potential.

‘I look forward to continuing to serve on the Company’s Board and am confident that Away is in excellent hands with Stuart at the helm.’

In June Jen and Stuart issued a statement distancing themselves from Korey after she posted negative comments on the media. They wrote in an email to staff: ‘Steph’s personal social media activity does not reflect the current priorities of the company.’

They confirmed then that she would be leaving her role later in 2020, The Verge reports. 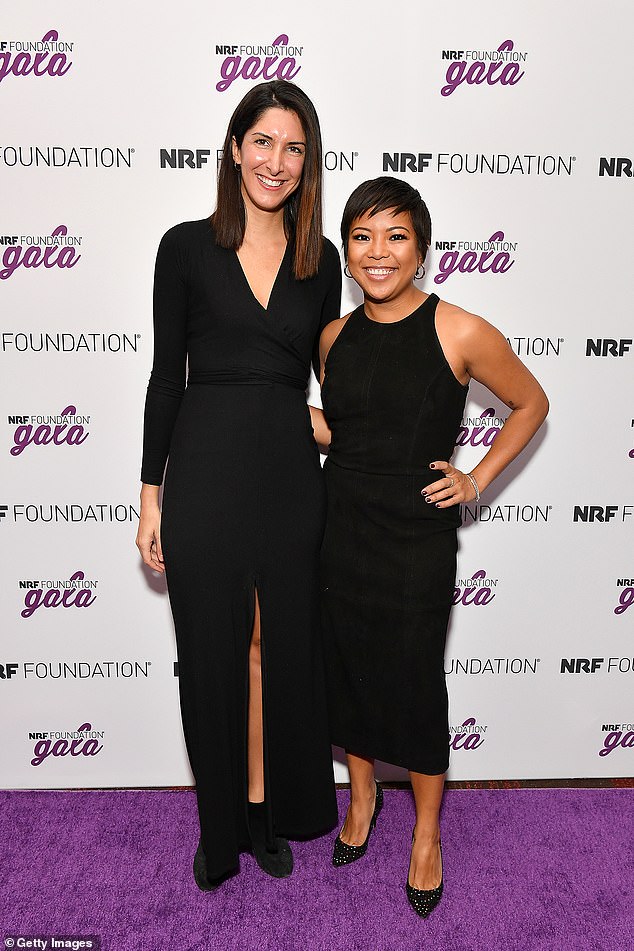 Away co-founders Steph Korey, left, and Jen Rubio pictured in 2019. Korey has stepped down as CEO of the company for a second time, just 10 months after coming back to the luxury travel brand; Rubio will remain in her role as president 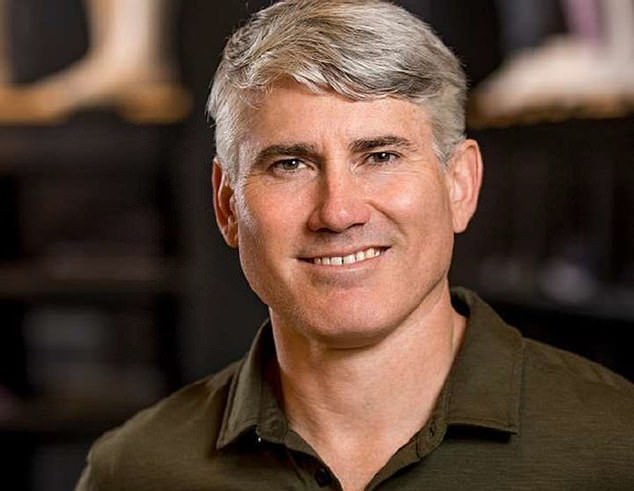 New CEO Haselden said they were ‘grateful’ to Steph and ‘look forward to her continued contributions as a Board member’.

He added: ‘We are pleased to announce our expanded executive leadership team, comprised of seasoned industry veterans who are ready to lead Away in our next phase of innovation and growth.’

The Verge reported last year that the company’s founders Korey and Jennifer Rubio worked staff to the bone while allegedly underpaying them and asking them not to take time off.

Korey said then that the public outrage expedited her initial plan to have Haselden, whom she recruited to serve as company president, eventually take over as chief executive after a transition period.

Speaking in January Korey said she still had plans to eventually step aside after a transition period with Haselden taking over as the sole chief executive.

‘Frankly, we let some inaccurate reporting influence the timeline of a transition plan that we had,’ Korey said of her first decision to step down. 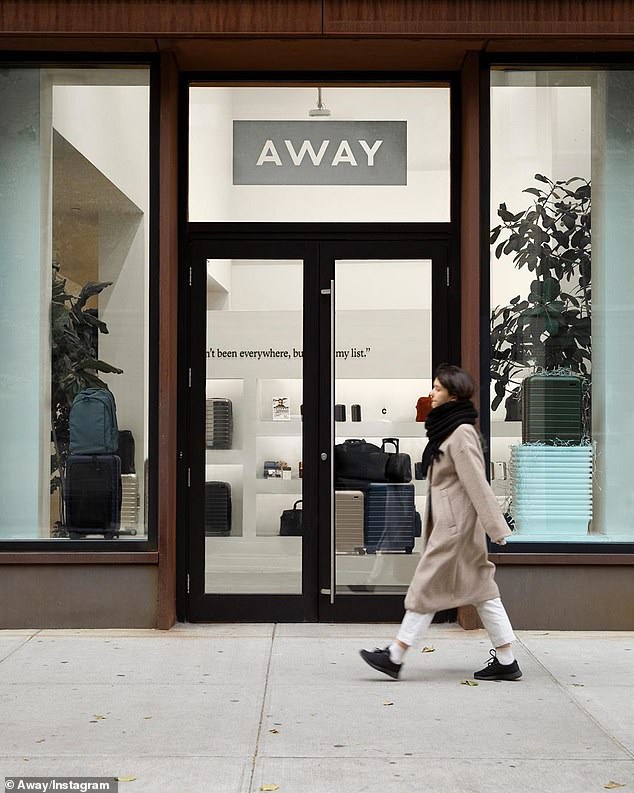 Korey, who gave birth to her first child this summer, had stepped down in December last year after an investigation by the news site The Verge quoted a number of former employees as saying that she put in place a ‘cutthroat culture’ at the company, pictured

In 2019 several employees told The Verge about what they described as a ‘toxic’ environment at the brand.

They said that Korey and Rubio banned emails between staff about work, only allowing them to communicate on Slack, a popular workplace messaging device, where they favored group discussions that were company-wide. 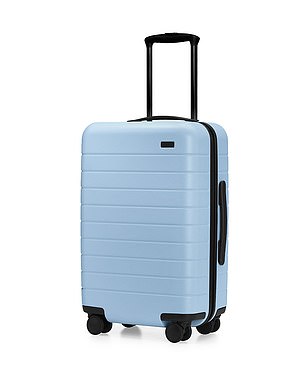 The group chats on Slack allowed Korey and Rubio to publicly shame employees they were dissatisfied with, the article claims, leaving some so upset that they burst into tears.

Rubio was less hands-on in her management of the company than Korey, they claim, who would frequently send out Slack messages after midnight, asking staff to come up with ideas for the following day.

Some of the staff members interviewed were earning $40,000-a-year.

Korey’s Slack messages, including one where she told a customer service team: ‘I am going to help you learn the career skill of accountability’, were published.

Other messages that were sent by customer service director Alexandra Pasanen were also published, including one where she told the team on November 31 that they could either take New Year’s Day off, as planned, and fall behind, or work and be given a month of paid time off at a later date.

One employee described having to turn her car around as she made her way to the airport to take a family Thanksgiving break because she was watching one of her team members being eviscerated by Korey on Slack.

Korey offered explanations for her leadership style in various statements to The Verge about specific examples.

Of the New Year’s Eve example, she said: ‘The team decided they’d prefer to work the holiday and get a month off because the team knew this day was really important for keeping the customer experience on track.’

In another she said: ‘Managing people brings with it the responsibility to invest time and energy into providing thoughtful context around performance expectations and feedback.’

The staff members interviewed were mostly from the customer service team. 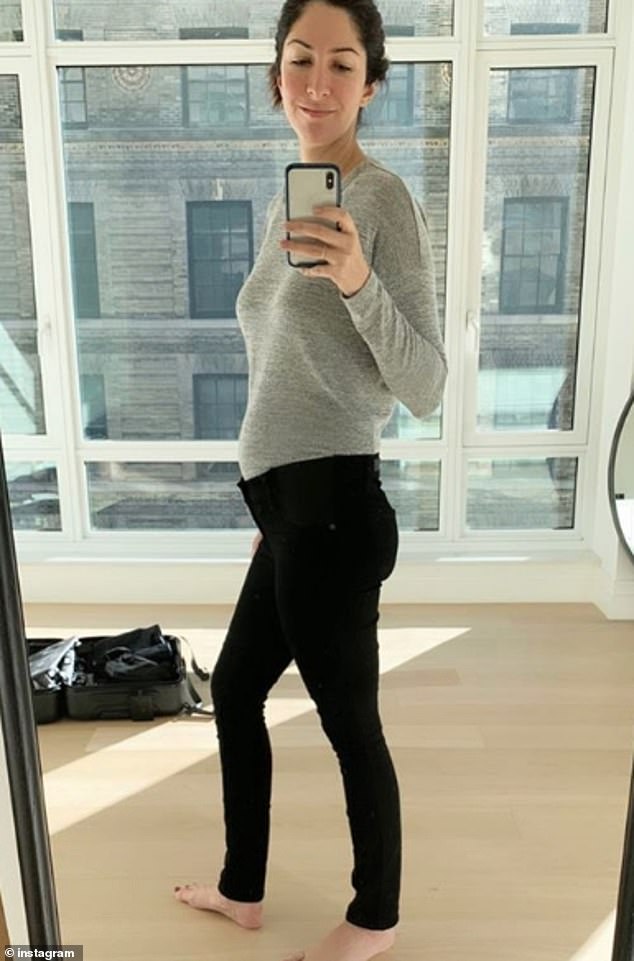 Korey, who gave birth to her first child this summer, has stepped down for a second time 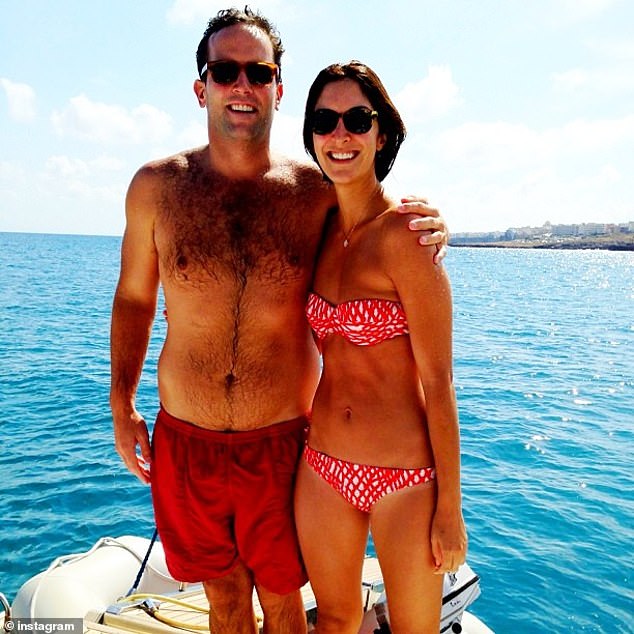 Korey, right, apologized and claimed to be ‘appalled’ by her behavior

They reported being unable to keep up with the exorbitant number of inquiries they were getting from customers asking where their suitcases were.

On another occasion, Korey banned paid time off among a team of six customer experience associates until they were caught up to a standard she deemed adequate.

‘I am going to help you learn the career skill of accountability…to hold you accountable, no new pto or wfh [work from home] requests will be considered from the 6 of you until we reach 5 consecutive days of all our attempts to reach cx on live platforms being successful.

‘I hope everyone in this group appreciates the thoughtfulness I’ve put into creating this career development opportunity,’ she wrote.

The messages were sent at 3am.

Days later, she sent another saying: ‘If you all choose to utilize your empowerment to leave our customers hanging…you will have convinced me that this group does not embody Away’s core values.’

On another occasion, she blasted Monte Williams, who had been hired to act as a buffer between her and the customer service team, in a string of public Slack messages which other employees said was like watching ‘someone get stoned to death.’

After the Verge investigation was published, Korey apologized and said she was ‘appalled’ by her behavior.

She told Business Insider: ‘I can imagine how people felt reading those messages from the past, because I was appalled to read them myself. I am sincerely sorry for what I said and how I said it.

‘It was wrong, plain and simple.’ 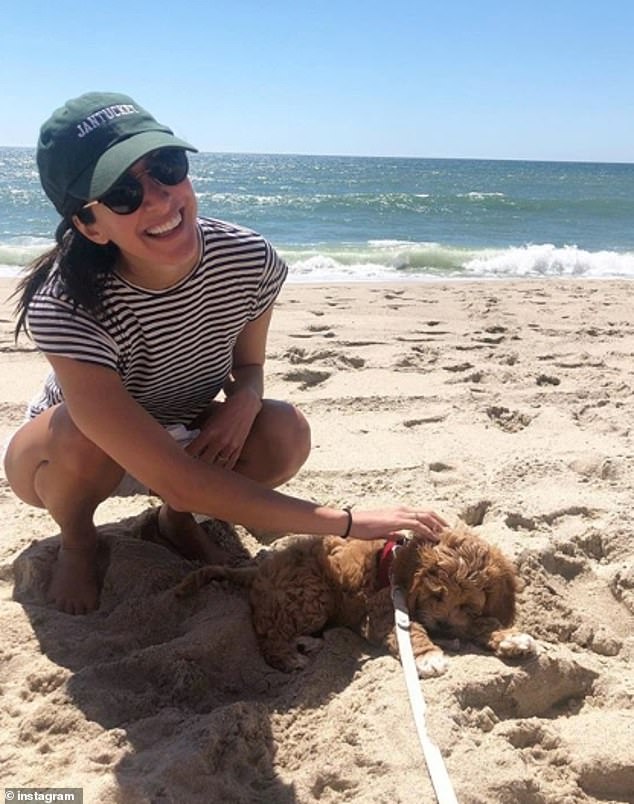 Away, co founded by Korey, found its niche as a direct-to-consumer travel brand offering consumers something unique; a stylish suitcase with functional features such as a USB charging doc which comes in an array of colors and finishes

Korey told the Times that after reading the article she acknowledges that she could have phrased her Slack messages differently.

‘When I think back on ways I’ve phrased feedback, there have been times where the word choice isn’t as thoughtful as it should have been, or the way it was framed actually wasn’t as constructive as it could have been,’ she said.

Away found its niche as a direct-to-consumer travel brand offering consumers something unique; a stylish suitcase with functional features such as a USB charging doc which comes in an array of colors and finishes.

It propelled itself to become one of a handful of millennial-adored consumer brands by marketing online, mostly on social media, and utilizing celebrity power.

It is a private company which has raised more than $31million since founding in 2015.

Luxurious flat in development popular with celebs goes on sale for £900,000

At its peak, Colney Hatch was occupied by 2,500 mental patients. Pictured: a watercolour by...
Read more

Tensions between China and India have intensified after the Indian Navy released footage of a new military drill. In the video, an anti-ship...
Read more

My smart meter won't work and I have been told they cannot be fixed or updated. What can I do?

I moved supplier a couple of years ago to save money on my energy bills. However, when I did my smart meter stopped...
Read more

UFC 254 – main card preview: Who is fighting before Khabib Nurmagomedov vs Justin Gaethje

UFC 254 is the most eagerly anticipated MMA event of the year with Khabib Nurmagomedov topping the bill against Justin Gaethje. But before the...
Read more

She released her new single Positions the day before.And Ariana Grande shared the cover for her upcoming album of the same name on...
Read more