The dirty truth about love in 2020: Cheaters confess why they’ve had secret affairs during the pandemic – with hundreds claiming it’s ‘self care’

Unfaithful people have confessed the startling reasons behind why they struck up secret affairs during the coronavirus pandemic – including ‘self care’, ‘boredom’ and ‘having something to look forward to’.

More than 80,000 Australians have signed up to infidelity website Ashley Madison between January and September, with an average of over 300 signing up per day.

And new research titled ‘Love Beyond Lockdown’, conducted by the dating service, found cheaters are deeming an affair as a way to save their marriage. 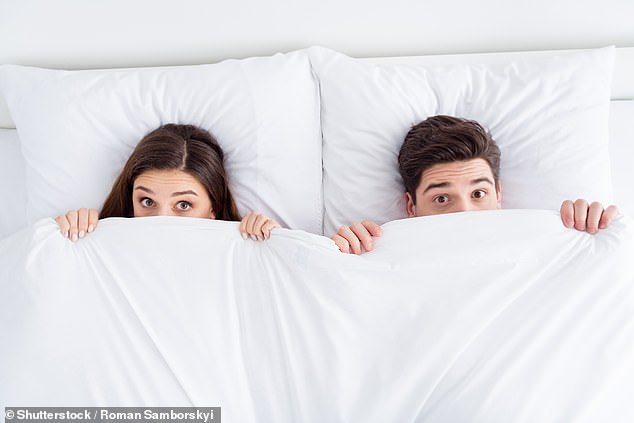 Key signs of the ‘serial’ cheater

* They are harder to detect because they have mastered their craft

* They get defensive when you ask about their night

Key signs of the ‘once off’ cheater

* They will have moments of guilt and buy you unexpected gifts

* They put uncharacteristic distance down to being ‘stressed at work’

* They daydream a lot

Despite an increase in divorce filings reported around the world as a result of a global lockdown, the data found ending a marriage was the last thing on the members’ minds.

In fact, a whopping 92 per cent of members disagreed with or aren’t even considering the statement ‘I will file for divorce following social distancing, and their infidelity is to thank for that.

‘Historically, we know our members aren’t interested in exiting their marriage, and we’ve found that the same can be said even now when tensions are higher than normal and divorces seem plentiful,’ Paul Keable, chief strategy officer for Ashley Madison said.

‘We conducted this research to learn more about what an affair – whether virtual or in-person – during a pandemic means to the people having one, and to show that marriages can actually survive in this kind of environment.’

The report found unfaithful people don’t turn to their partner in times of uncertainty and stress, they look outside of their marriage.

Cheaters have come to learn that having an affair during a pandemic is something to look forward to (34 per cent), a great distraction (23 per cent), and means they have someone in a similar situation they can talk to (14 per cent). 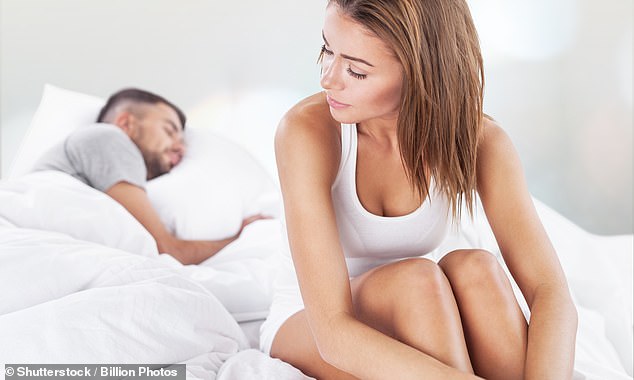 During lockdown, married people report feelings of boredom, isolation and loneliness, frustration and anger, worry and fear, and anxiety and overwhelm (stock image)

The findings uncovered cheating during lockdown made 47 per cent of members feel ‘sexual’, 45 per cent ‘excited’ and 44 per cent ‘desired’ – but the benefits run deeper than just ‘feeling sexy’.

While most members cheat primarily for sex, others reaped the ‘additional personally therapeutic benefits’, which are especially helpful during the unprecedented situation and can make them more ‘patient’ and ‘tolerant’ of their situation at home.

When asked to share their biggest pet peeves while stuck at home, 58 per cent of members said their spouse has not initiated any sort of sexual intimacy during lockdown.

Unsurprisingly then, 75 per cent of cheaters are having less sex than usual or no sex at all with their spouse and 41 per cent have become less attracted to them.

For 53 per cent of members, lockdown has been the most time they’ve ever spent with their primary partner, and not having their sexual needs met at home is the reason 64 per cent have been having affairs during the pandemic.

Additionally, 76 per cent have essentially given up on trying to revive their sex life with their spouse, and 74 per cent are unlikely to stop having physical affairs once the pandemic has passed.

Can cheating actually SAVE a relationship?

Australian sex therapist Matty Silver says it can, if the underlying issues which caused the affair are resolved in a honest and collaborative way.

While she doesn’t condone infidelity, Ms Silver says there are times when cheating can strengthen a bond if those involved are truthful about what’s happened and work through the problem together.

She says that delving into the reasons a partner has strayed can be painful, but doing so can uncover reasons a relationship may have failed – and what can be done to repair it.

Statistics show extramarital affairs are common in Australia, with figures revealing 70 per cent of all marriages experience at least one affair.

Ms Silver, who is the author of Sex Down Under, shared tips on coping with the revelation that your partner has been unfaithful.

* Throwing a partner out of the house after you find out about cheating is never a good idea, especially if there are kids involved.

* Once you have found out, calm down and tell as few people as you can.

* People do not often cheat because they intend to hurt their partner – rather they just feel under-appreciated or crave intimacy.

* Try to understand an affair and how it happened. This can help to provide clarity and give answers to the questions a couple may feel are unanswered.

* Try to deconstruct the affair, rather than assigning blame.

* Get to the roots of where the infidelity started, and make decisions on your relationship going forward.

thegirlsunhttps://thegirlsun.com
Previous articleCoronavirus US: Seattle man is THIRD American to get infection twice
Next articleTaryn Manning's claims she's been approached by Dancing With the Stars 'many times' is DEBUNKED

The fractured relationship between Prince Harry and Prince William will 'never' be repaired, unless they happened to split from their wives, a royal...
Read more
Feamil

It was criticised for its slow-paced plot earlier this week - but The Sister has finally revealed just what happened to victim Elise, and...
Read more

AirThe Air signs are Gemini, Libra, and Aquarius.Air signs love their freedom and are concerned with truth and humanity.They feel the need to...
Read more

The childhood home of Sir Richard Branson, where he first dreamed of becoming a billionaire, is now for sale and could be yours...
Read more

Juventus plan to stick with rookie boss Andrea Pirlo despite their...
Read more

Devon Windsor displays her washboard abs in a black bikini ahead...
Read more

'It's just an absolute pleasure to work with him': Chelsea new...
Read more