ANTHONY JOSHUA is sparring “chubby fighters” to replicate Andy Ruiz Jr’s style ahead of their Saudi Arabia rematch, according to Eddie Hearn.

Yet AJ may be in for another shock as the Mexican champion is in the midst of sharpening up his physique by swapping Snickers for avocados. 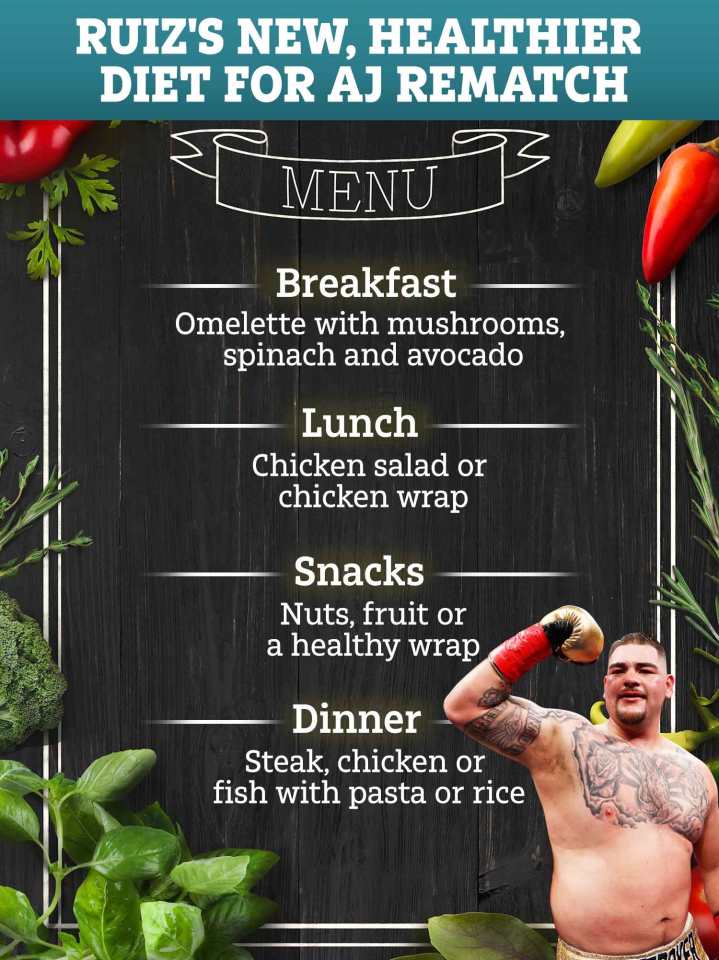 Joshua, 30, is working towards avenging the first defeat of his professional career after he faced criticisms for failing to prepare properly ahead of the loss to Ruiz earlier this year.

But Hearn has insisted that the 6ft 6in Watford ace has already tailored his approach for the December rematch to be much more specific to the Mexican’s style.

He told Fino Boxing: “It’s madness. There’s eight weeks to go, and he’s been in camp for four weeks already.

“A lot of early sparring now is replicating the style of Ruiz.

“Last time we had probably three weeks of sparring, and it was tough to find a guy like Ruiz, because there aren’t many like him.

“Small, a little bit chubby, fast hands, and really good on the inside. Now we’ve replicated that, I feel like the preparation is going to be great.”

Tough to find a guy like Ruiz, because there aren’t many like him. Small, a little bit chubby, fast hands, and really good on the inside

Joshua has already called in long-time friend Derek Chisora to help to spar, with Del Boy confirming that his similar height to Ruiz was a factor.

But the WBA, IBF, WBO and IBO champion has already fired a warning to his Brit rival that he will be “lighter, faster and more powerful” for the Saudi rematch.

Ruiz, 30, was billed as a no-hoper when he came in at short notice – and weighing 19st – to challenge Joshua, 30, for his world titles in June.

But he delivered one of boxing’s biggest ever shocks to floor Joshua three times on the way to a seventh-round KO triumph.

Fans were last month convinced the world champ had PUT ON more weight during a training session out in Diriyah.

But recent clips and photos from his camp show a leaner and meaner looking Mexican. 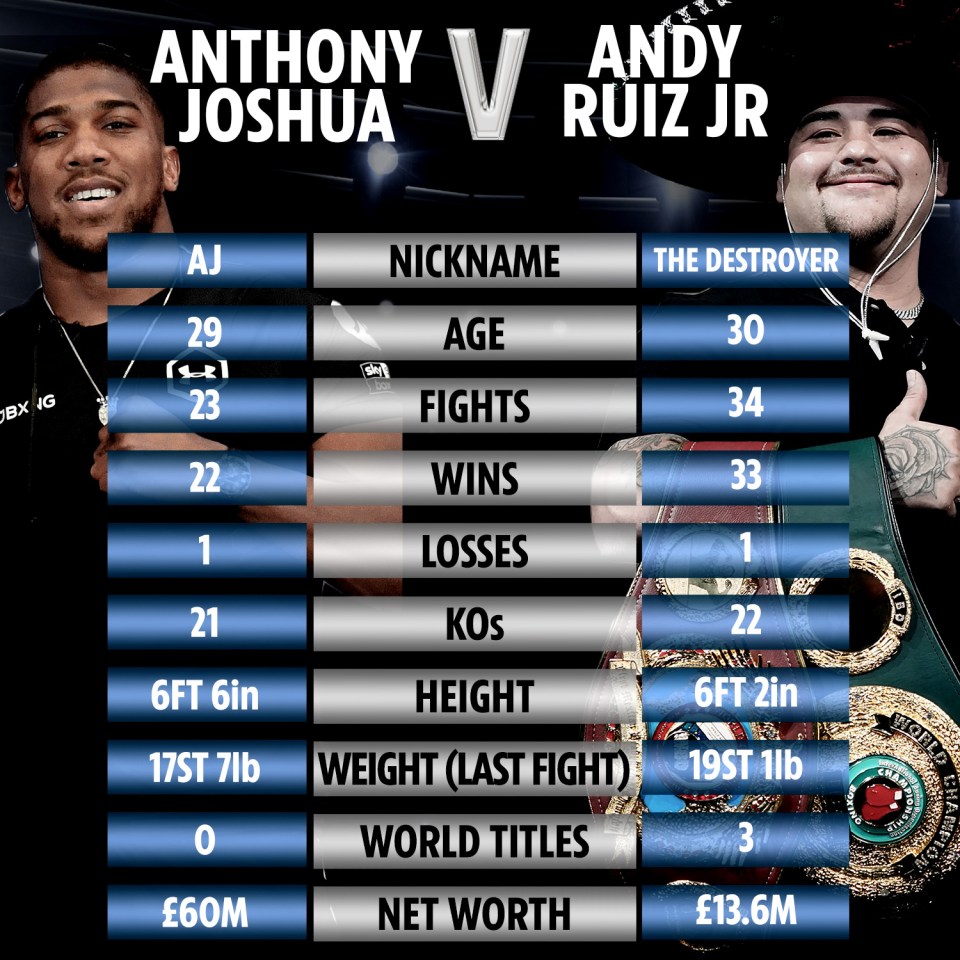 MOST READ IN BOXING

NO CAIN NO GAIN


Tyson Fury and Cain Velasquez's WWE contracts have been revealed

MONEY IN THE BANK


Before and after pics show Usyk’s incredible heavyweight transformation

SEAT TO BELIEVE IT


Joshua vs Ruiz II tickets on sale and VIP packages available for £10,600

And he has also revealed he has swapped his snack of choice, Snickers, for healthier options like fruit and nuts.

But Ruiz is not the only one slimming down for the fight, with Joshua himself showing off a far more lean physique after shedding some muscle.

Joshua was slammed for being left more immobile due to his excessive muscles – and will hope the added speed will benefit him for the eagerly-anticipated rematch as he looks to exact revenge.