Adults CAN get the life-threatening Kawasaki-like condition linked to COVID-19 as at least two people over 18 die from the inflammatory condition that has killed 20 US children, CDC report reveals

The rare inflammatory condition linked to children diagnosed with the coronavirus can be fatal in adults as well, a new report finds.

Back in April, doctors warned of youngsters in Europe and America with fever, skin rashes and swelling of the glands who had been diagnosed with COVID-19.

Since then, several case reports and series have been published of a similar condition known as ‘Multi-system Inflammatory Syndrome in Adults’ (MIS-A).

The Centers for Disease Control and Prevention (CDC) has revealed that at least 27 people over age 18 in the US and the UK have had the condition and it can lead to hospitalization, intubation and even death. 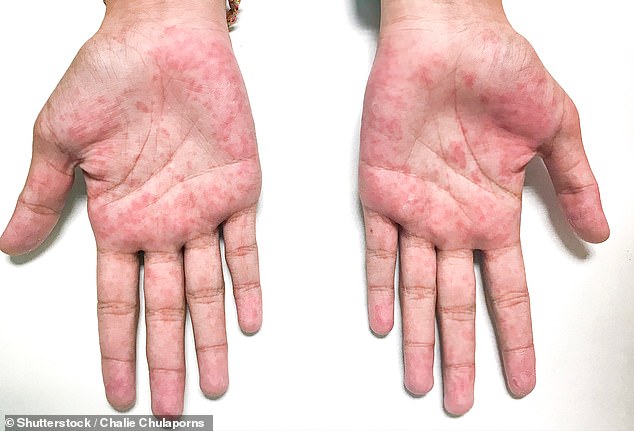 Since June 2020, at least 27 adults in the US and the UK have been diagnosed with a similar condition called MIS-A that resembles Kawasaki disease (file image)

It was originally thought to be linked with Kawasaki disease, a condition that causes inflammation in the walls of the blood vessels and affects mostly children under five years old.

Cases were first reported in Britain, Italy and Spain in April 2020 and began cropping up in the US in May.

More than 1,000 cases have been confirmed across the country and at least 20 children have died.

The majority of children and adolescents develop MIS-C between two and four weeks after being infected with the coronavirus.

Not every child that has developed the condition has tested positive for coronavirus, but 98 percent have – enough for doctors to believe the conditions are linked.

According to the new CDC report, a similar syndrome in adults began appearing in June 2020.

The 16 patients for whom data was available ranged between 21 and 50 years old, and all were of racial or ethnic minority groups.

Nine of the patients had no underlying medical conditions. However, of those that did, conditions includes obesity, type 2 diabetes, hypertension and sleep apnea.

The most commonly reported symptoms were fever, cough, nausea, vomiting and diarrhea.

All the patients had effects seen in the heart such as arrhythmias, high troponin level or dysfunction of one of the ventricles.

Ten patients received positive coronavirus tests when they were initially assessed and six needed antibody tests to confirm a diagnosis. 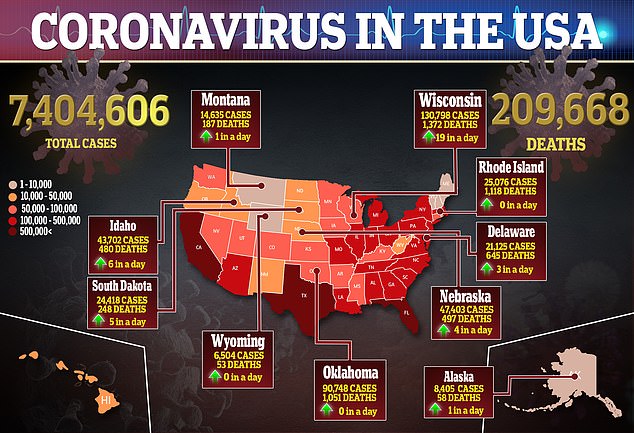 Of the ten patients that were admitted to the ICU, three needed to be intubated and two died.

Half of the 16 adults patients did not have any respiratory symptoms and the remaining half had mild problems.

‘These 27 patients had cardiovascular, gastrointestinal, dermatologic, and neurologic symptoms without severe respiratory illness and concurrently received positive test results for SARS-CoV-2, the virus that causes Covid-19,’ the authors wrote.

‘Reports of these patients highlight the recognition of an illness referred to here as [MIS-A], the heterogeneity of clinical signs and symptoms, and the role for antibody testing in identifying similar cases among adults.’ 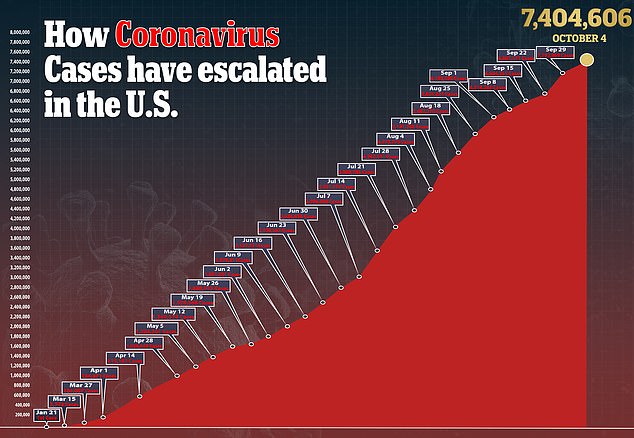 thegirlsunhttps://thegirlsun.com
Previous articlePhotographer Peter Delaney reveals the shots he's taken of African elephants he's most proud of
Next articleEx-Neo Nazi reveals how he was groomed into extremism

Trump administration will pay Eli Lilly $375 million for 300,000 doses of its antibody drug

The US government will play Eli Lilly & Co more than $1 billion in exchange for about one million doses of its experimental coronavirus...
Read more
Health

Kate Bingham told the Financial Times less than half of the UK population will get a...
Read more
Health

Coronavirus UK: ALL of Nottinghamshire in Tier 3 lockdown from Friday

Manchester's Nightingale hospital today became the first moth-balled facility in England to open up again in an attempt to free up hospital beds...
Read more

Shocking moment two children are 'locked up in a cage by...
Read more

Shocking moment two children are 'locked up in a cage by...
Read more

High blood pressure: Glomerulosclerosis is a condition of the kidneys – what is it

High blood pressure can seem lower down on your list of health priorities because it does not produce any major signs. It is...
Read more
News

Election Day is still eight days away, but early and absentee voting this year already has outstripped the pace of 2016, with more...
Read more